Classes are held at the following locations in North Somerset:

Want to join us?

Call us now on 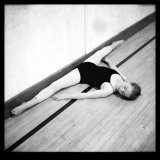 Events at a glance:

We welcome students throughout the year. If you are interested in enrolling in the Adele Stitch School of Dance, please use our contact form or call Adele on 01934 513505. 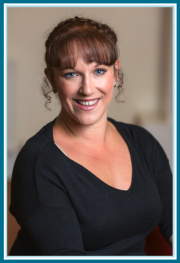 I started dancing at the age of two and half in baby class with Jennie Nelms. Who would have thought that by the age of 28 my dream of owning a dance school would have come true! Dancing has always been a part of my life. I get a lot of enjoyment in teaching dance, and I can't think of anything I'd rather be doing.

During my younger years, I achieved a high standard in all my grades in ballet, modern and tap. I appeared at the Bristol Hippodrome in several pantomimes and shows and competed in all the local eisteddfods, winning an array of medals and trophies. From 11, I trained every Sunday with The Bristol Youth Ballet Company, and attended regular master classes.

At the age of 18, I enrolled at the Bristol College of Dancing. I studied for two and a half years and obtained my Teachers Certificate with the RAD (Royal Academy of Dance) and ISTD (Imperial Society of Teachers of Dancing). During my time at college I taught at several dance schools and held lessons at private schools such as The Downs School and Clifton College and this also continued once I had graduated.

On completion of my course, my credits included the higher grades in ballet, tap and modern and Intermediate national exams.

Choreography became a passion of mine with my focus on Eisteddfod dances. Instant success followed and many of these dances finished in medal/trophy positions. I have been awarded the 'Choreography Trophy' at the Bristol Eisteddfod on two different occasions, and I won the 'Teachers Trophy' at Longwell Green Eisteddfod. This trophy was awarded to the teacher that had acquired the best cumulative score over the week. This festival produced some particularly fantastic achievements for many of our dancers, and it is this accomplishment that makes all the hard work worth it!

I love to perform on stage and am a member of Bristol Light Opera Club (BLOC) to give me the opportunity to do just that. Every year we perform on the Bristol Hippodrome stage.

In 2005 the 'Jennie Nelms School of Dance' was formed and I continued to teach with Jennie Nelms as I had been doing for a number of years by now. We worked extremely well together producing outstanding results, but in September 2008, Mrs Nelms decided it was time to retire and the 'Adele Stitch School of Dance' was born. I owe a great deal of thanks to Mrs Nelms, for allowing me to continue in her footsteps and for giving me such a great opportunity.

Finally, I must also say a big thank you to all my family, for all their support and encouragement, especially my mum.

This is a dream come true for me and I'm glad you can all be a part of it! 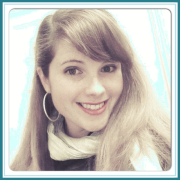 Having started ballet classes at the age of three, and modern and tap around six years old, dancing has always played a huge part in my life.   I began my training at Amberside Dance Studio in Kent, but moved to Bristol at the age of ten and continued training with the Bristol School Of Dancing. During this time I took the opportunity to do as many exams in Ballet, Modern and Tap as the school could offer me.

In 2002, I started assisting with children's dance classes at the Bristol School and started gaining some teaching experience, which confirmed that when I left school I just had to keep dancing a major feature in my life, although this was never really in doubt. So having passed my A levels, I went on to study at the Bristol College of Dancing. The full time teaching and performance course included studying all dance genres, singing and teaching. I studied one year full time and then three years on a part time basis because I loved it so much I didn't want to leave! It was here that I was able to complete my Advanced 2 in both ISTD Modern and Tap, my Advanced 1 in both RAD and ISTD Classical Ballet and furthermore obtain high marks in both the RAD Ballet Teaching Certificate and the ISTD Modern and Tap teaching qualifications - the Diploma in Dance Instruction (DDI) and the Diploma in Dance Education (DDE). Our annual end of year showcase provided the opportunity to put our training into practise and show off our song and dance talents on stage.

I have appeared in several local shows over the years and I love to perform. I think it's important that teachers still get the opportunity to perform on stage and enjoy it because it is a key element of dance training that we can share with our pupils.

Additionally, I worked for five years as a Teaching Assistant in a local Junior School which I feel greatly enhanced my knowledge of the cognitive and emotional development of junior aged children which is something I can draw on whilst teaching. I also have taught dance clubs in Primary Schools and annually choreographed dances for the North Somerset Dance Festival at the Weston Playhouse and the Music Across Woodspring Schools (MAWS) Concert at Bristol's Colston Hall. I like to sing and am a member of Bristol Show Choir which gives me regular performance opportunities.

I have been part of this school since 2006 and I really enjoy teaching all age ranges and genres, passing on the joy of dance, which will hopefully stay with the students throughout their lives. 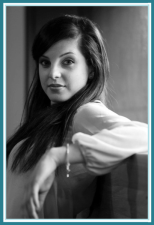 I started dancing around the age of 4 in Jennie Nelms' baby ballet classes, I then took up tap and modern a few years later. I continued training here throughout my school life where I performed in local shows and competitions and began to love dancing even more!

When I left school at 16, I began full time training at Judith Hockaday School of Dance and Drama in Swindon, where I trained in Ballet, Tap, Modern, National, Contemporary, Hip Hop, Pilates, Singing and Drama. A group of us from Judith Hockaday's performed in events and shows, and I also got chosen to dance in the film "The Duchess" with Keira Knightley. Whilst at college, I completed my ISTD Advanced 2 examinations in Modern Theatre and Tap. I also took on the teacher training course where I completed my DDI (Diploma in Dance Instruction) and DDE (Diploma in Dance Education) in Ballet, Tap and Modern.

Over the last few of years I have had the opportunity to teach dance in local schools, to both primary and secondary aged children and have choreographed routines for them to perform at the North Somerset Dance Festival. Within the school, I choreograph several Eisteddfod dances which usually perform well.

I teach full-time Dance and Musical Theatre students at the Bristol Institute of Performing Arts (BIPA) and I am a member of BLOC Productions.

I was very grateful for the opportunity when Adele asked me if I would like to teach for her. As much as I love to perform, I get a lot out of seeing the kids enjoy dancing as much as I do and Adele is a great person to work for, so I look forward to what the future holds!  ﻿﻿﻿